Julia Giannini
Chairman of The Youth Activity and Events Committee 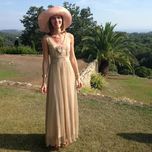 Włodek Lesiecki
Artistic Director and choreographer of Mazury from 1973 to 2010, Włodek  Lesiecki was a pupil of both Jan Ciepliński and Irena Różycka. On taking over as Artistic Director he took every opportunity to learn from those who were still performing the dances handed down through the generations, so he could expand and enhance the existing repertoire.  Lesiecki re-established a junior group and set up a permanent folk band which became an integral part of Mazury.  He has also choreographed Moniuszko’s Haunted Manor, Tchaikovsky’s Eugene Onegin, the West End production of The Silver Sword, and Mayakowski’s The Bed Bug at the Brighton Festival. He has acted as advisor for dance examination boards and films, and was awarded the order of Polonia Restituta for his work with young people.
Włodek sadly passed away in August 2010.